Jesus Sees the Bigger Picture and has a Greater Purpose for Us!

This blog comes from my devotion (First 5; Exodus Plan) from today combined with a family I have had the honer of taking photos for...

Exodus 1:6-7, "Now Joseph and all his brothers and all that generation died, but the Israelites were exceedingly fruitful: they multiplied greatly, increased in number and became so numerous that the land was filled with them."

Jesus tells us that as long as we are full of faith and trust in Him alone, His plans are much greater than we will ever know. Exodus 1:7 shows us where God fulfills His promise to Abraham in Genesis 17: "Then I will make my covenant between me and you and will greatly increase your numbers... for I have made you a father of many nations. I will make you very fruitful." God fulfilled His promises! On the flip side, sometimes His promises come with trials and storms. Not because God is out to get us but to show us who He really is and to draw us closer to Him. When the population of Israelites became so large, Pharaoh was not happy. The large population was scaring him to the point he thought he would lose control. Pharaoh enslaved the Israelites, when that was not enough he called for all the midwives to kill every boy born, and when that fell through, he called for all mothers to kill all the baby boy in the Nile river.

At this point, I'm sure these people felt abandoned & forgotten by God. They followed God and did as they were told, but disaster is striking. Why does this happen?

God uses our time of trials and storms to (as spoken in Isaiah 48:10)...
1. purge sin from our lives
2. to strengthen our walk with Him
3. force us to depend on Him
4. to bind us together on community
5. to cause us to know and trust Him more

God knew in the midst of their enslavement, they would experience His POWER, see His GLORY, and draw CLOSER to Him. When Pharaoh ordered the midwives, Shiphrah and Puah, to kill baby boys right after delivery, they did not listen to him. They knew God was greater and they had faith and trusted God. God protected them from Pharaoh, He showed kindness to them and gave them families of their own.

Just like the Israelites and the midwives, we go through storms and trials as we follow God. Are we willing to have the same faith and trust? If we follow God, He will honor His word in faithfulness and fulfill His promises. No matter what we see or feel we have to keep our eyes on God and trust Him completely.

I had the honor of taking photos for a family that has been in the adoption world a little longer than most. They have been through more than one failed adoption and still have the faith and trust as the Israelites. As they have held strong and gotten their strength from Jesus, he blessed them with a sweet baby girl. As this adoption is still not final, their faith and trust still stands.

Looking from the outside in, I want my faith and trust to reflect in me as it does them and the way it did with the Israelites. They weren't shaken and God blessed them. Through all the storms and trials of life, if we have faith and trust Him fully, there are blessings that are far greater than we can see! Jesus sees the bigger picture and has a far greater purpose for us! His ways are always better than our ways!

Let's talk if this stirred something in your heart. 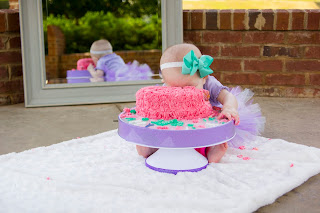 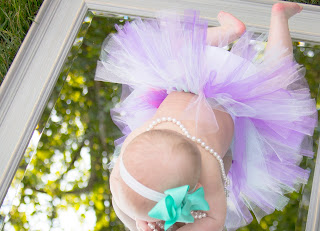 Posted by Miranda Lister Photography at 12:48 AM No comments:

Miranda Lister Photography
I have always had a passion for photography. After the coaxing of my family and a lot of positive comments from facebook friends about my photography, I began pursuing professional photography in 2010. Through my career as a Web Developer, I was able to learn Photoshop. I am now a member of the National Association of Photoshop Professionals.